I mentioned in my last post that I had a very exciting opportunity coming up that I was literally bouncing up and down with excitement about but I wasn’t allowed to talk about it yet. Well yesterday that very exciting thing happened and for me one of my biggest dreams came true. I met Viktor Kassai along with his team ahead of the England v Peru game before going to watch them officiate live at Wembley. It was just the best day ever and I am still too excited to speak! I will do a separate post about how it came about because there is someone who deserves a special mention all of their own.

When I found out I was going to really meet Viktor face to face I couldn’t believe it. We are talking on the man who is currently ranked the 3rd best referee in the world, he is at the very top and I think he should be ranked the top in the world because for me he is. I love Andre, Mark, Oli, Linny, Hoops and Lucy, they are my mentors and all of them are fantastic referees. I am lucky that I know them and they all care about me. When I watch them on TV in a big game I am so proud of them, when they teach me I listen and they all always make me feel very special. I will never stop being proud of them or loving them, they are very special people in my life and they make me want to succeed as a referee so that I can make them proud too. Viktor though is just the very best there is, I watch him on TV and want to be as good as he is as a referee, I try and learn from him by watching his positioning, how he interacts with players, the differences between when he gives a foul and plays an advantage, he is my sporting hero. Never in my wildest dreams did I think that I would actually meet him…

I drove my Mum nuts, I have been too excited to sleep especially when I could stop counting the time to go in weeks and it became just days and then even better just hours. I didn’t go to sleep until 4am on Friday morning, my Mum was rather cross with me. Sorry Mum… Normally I am a nightmare getting up in the mornings but yesterday I was back up at 7am and wanting to leave! Even as we were driving up to London I still didn’t really believe that I was actually going to meet Viktor. There seemed to be traffic jams everywhere, the M27, the M3, the M25 – you name it and there was traffic. At times I felt like we were never going to get there. Mum got lost right near the hotel and used some very bad words that I don’t think my mentors would be very happy with her teaching me! She used google maps on her phone and we finally arrived there. Even then I didn’t believe it.

Mum informed reception we had arrived and we were shown to the dining suite where we were meeting. I peeked in the door and saw Viktor sat there. I just couldn’t believe it, this was actually happening and he was there just a few feet away from me. As soon as he saw me he broke into a big smile and I just stared at him in awe. Dreams do come true, sometimes!

Introductions were done all round in a mix of Hungarian and English! As soon as I saw Viktor I just couldn’t speak any more, so I just smiled – lots. I had practiced for weeks how to say hello to Viktor, introduce myself and ask and answer “How are you” in Hungarian but it went out of my head when I saw him, I didn’t know whether to hug him, shake his hand or what to do really so I ended up going to the opposite side of the table and sitting down quietly just looking at him to make sure he was real. Peter Elsworth was there from the FA to look after Viktor and his team and me and Mum. Viktor had my favourite team with him György Ring and Gábor Erős. They are 2 of the best AR’s in the world and I was also very excited to see them.  Mihály Fábián was 4th official, he is normally one of Viktor’s AAR’s. After I sat down I just sat there looking at Viktor and thinking I must be dreaming. Sometimes I wish I could be relaxed and chatty like my Mum, nothing phases her and within minutes she and György in particular were chatting away like they have known each other for years.

Everyone did try and include me in the conversation but I was still just too stunned to speak. Gábor tried to reassure me a bit. He is a really nice man, very kind and gentle like Andre is. He is a regional referee coach back in Hungary and when me and my Mum go there on holiday he wants me to visit him and we are going to do some training together. I would really like that. Mihály wasn’t in the room when we arrived, I did hope that meant Viktor would let me be his 4th official, but no!! When Mihály came back in, he introduced himself as Michael, which totally confused me. Mum told me that Mihály is the Hungarian version of Michael and he had been trying to help me not have to worry about saying the Hungarian word. I did manage to say Szia to him which made him smile. He was really nice as well and kept coming to check on me and make sure I was ok. I was kind of ok but I did feel very overwhelmed.

I then gave Viktor my presents. I have lots of posters in my bedroom and I asked my Mum to print some of them out at work for me to give to Viktor. She had done me a new poster just for the match and also did me an epic thank you card for Viktor and I chose my 3 favourite posters for him as well. I was really nervous in case he didn’t like them but he did. It was something just for him, only he and I have copies of them and 2 of them my Mum designed just for this match. I also gave him a Dorset County FA badge because when I am finally old enough to do my full referee course that will be my county. Viktor has a link to Dorset anyway because his home town Tatabánya is twinned with my home town from where I was born Christchurch.

Viktor and I looked through his posters together and I felt a little bit more relaxed.

Viktor gave me 3 new referee shirts. This is the black and purple adidas one.

After Viktor looked through his posters, he gave me 3 new referee shirts and the matching shorts. The black and purple adidas shirt is my Mum’s favourite kit and he told her she wasn’t allowed to try and steal it from me when he wasn’t looking! The new kit was just awesome, it was a present from all of the Hungarian team and every time I wear it I will think about them with a big smile. Just in case any of them read my blog one day: Köszönöm szépen Viktor, Gábor, György es Mihály. They also gave me a signed photo from the Champions League Final because it has Viktor, Gábor and György in it. Viktor gave my Mum his new photo for 2014 because he is wearing her favourite kit in it to stop her trying to steal my awesome new shirt. After the adults chatted some more and I sat down just smiling and feeling like the luckiest boy in the world we went outside to take some photos together.

Me and György Ring. One of the best AR’s in the world.

Me with György and Gábor. My favourite foreign AR’s & very kind, lovely men.

The best referee team in the world.

György, Viktor, Me, Gábor and Mihály.

György, me, Viktor and Mihály, with me in my suit for the game.

György, me and Viktor.

György, me and Viktor again.

After we did all the photos the team went and had a rest before the match and I had some quiet time in the hotel suite. After their rest they came back down in their suits. Mihály was the first one back down and came to check on me straight away. He checked with Mum that he looked ok and Mum just had to be a Mum and straightened his tie and brushed his collar down! Mum’s are so embarrassing sometimes! Mihály didn’t seem to mind too much though, I think he enjoyed being looked after a bit. Mum has a bit of a soft spot for Mihály, she thinks he’s lovely and full of mischief! Once everyone was down we left the hotel together and even if I say so myself us referees were a smart and handsome bunch! We wished them luck for the game and Mum told Viktor she knew he would be just perfect, she was right about that. We followed them down to Wembley stadium where we met up with John Martin who is an ex FIFA referee and was Viktor’s UEFA mentor when Viktor first became a UEFA referee. John started mentoring Viktor around the time when I was born – there is always a link! I couldn’t wait to go in and watch Viktor referee.

With John Martin, ex FIFA referee waiting to go in at Wembley.

We had brilliant seats for the game and I loved the warm up time especially. Mihály kept looking up and smiling, we were sat with his Hungarian guests as well and he looked really pleased when he saw them & my Mum chatting. I haven’t a clue what they were on about as they spoke in a mix of Hungarian and English! The highlight was getting a thumbs up from Viktor just before they went in to lead the teams out. Viktor and his team were perfect during the game and I can honestly say I will remember Friday 30th May 2014 for the rest of my life. It was just amazing. One day I am going to be as good as Viktor and I know that he, Gábor, György and Mihály will help me along the way alongside my UK mentors. I will work hard, listen to them, take their advice, learn from my mistakes, because I will make them and I will keep pushing to better myself until I make it all the way to the top. The day my mentors are as proud of me as I am of them I will have reached the top and one day maybe Viktor will come and watch me referee a match, how cool would that be!

My pre-match thumbs up from Viktor which made me feel like the most special boy in the world! I love you Viktor, you are the best. 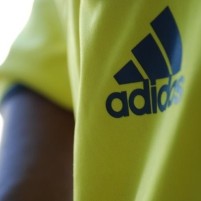 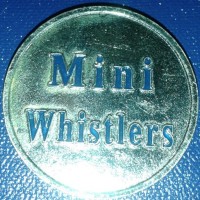 Men In The Middle

Semi-affectionate tribute to referees - the blander the better.

Starting off what is long overdue ...

The journey of a junior referee

My Blog
The Mini Whistler

The journey of a junior referee